Every day, nearly 3,000 abortions take place across our nation, hurting millions of women for a lifetime. We believe women who are facing an unexpected or unsupported pregnancy deserve our help and support with whatever they might need to choose life for their child. Unfortunately, 15% of all US abortions occur right here in California, many even paid for with our state tax dollars.

“Californians for Life” are diverse, ordinary people who recognize abortion as the most important Social Justice issue of our generation and are therefore, dedicated to working together with collaboration and synergy to end abortion in our state.

Recognizing the 47th year of legalized abortion in our state, in June of 2014, over one hundred of the most influential pro-life leaders in our state gathered in Sacramento for the “California Pro-Life Leadership Summit”. We were joined by eleven national pro-life leaders from organizations such as Students for Life, Americans United for Life, Alliance Defending Freedom, 40 Days for Life, and Heartbeat International for two days of professionally facilitated Strategic Planning. Eight statewide workgroups were formed, with teams throughout the state developed.

Through education, science, and reason, Californians for Life recognize the humanity of the child in the womb and seek to help women so that ending the life of our children through abortion becomes unthinkable. We are a Coalition of 40 Days for Life, Students for Life, Latinos for Life, Pregnancy Resource Centers and Pro-Life Medical Clinics, educators, pro-life legislative advocates, Alliance for Brown and Black Advocates, Survivors of the Abortion Holocaust, churches, business owners, activists, technology experts, young and old, of all ethnicities, united together to end abortion in California.

According to the Guttmacher Institute,

• In 2017, the most recent year that information is available, there were 161 abortion businesses in California.  were clinics. [1]

Abortion businesses continue to close at a record pace, including here in California. 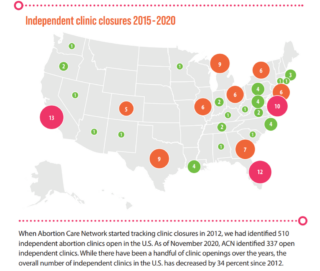 Abortion Care Network reports that 13 abortion businesses closed between 2015 and 2020 in California, even though our state does not have waiting periods, has no parental involvement and our state publicly funds abortions at taxpayer expense. Therefore, our abortion rate is higher than the national average and California accounts for more abortions than any other state, but even here in California, abortion rates are declining over time.

More Californians are recognizing the humanity of the child in the womb and choosing life, rather than abortion.