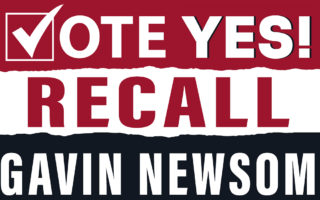 Questions and suggestions can be sent to Wynette Sills, Director
CaliforniansForLife.org at wynette.sills@gmail.com,  916-955-1577

Recall Ballots have already been mailed to you.

If you have not received your ballot, go to the Secretary of State website to check your registration and to find your ballot.

We have until September 14th to elect a Pro-Life Governor to California!

Questions and suggestions can be sent to Wynette Sills, Director
CaliforniansForLife.org at wynette.sills@gmail.com,  916-955-1577 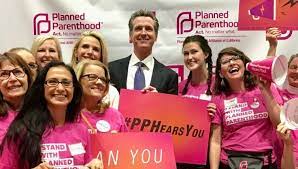 Governor Newsom is so extremely Pro-Abortion that he has:

Larry Elder is the leading Pro-Life candidate for Governor. Victory is within reach if we all do everything we can to elect a Pro-Life Governor! Larry Elder is a nationally syndicated radio host, a bestselling author, award-winning documentary filmmaker, and one of the best-known media figures in America today. His daily radio program, “The Larry Elder Show,” is heard in all 50 states where he promotes the timeless American principles of personal responsibility and accountability. Larry Elder was born and raised in South Central Los Angeles and his family’s story represents every bit of the American Dream. Elder has a B.A. in Political Science from Brown University, and a J.D. from the University of Michigan School of Law.

John Cox is strongly Pro-Life, including his own personal story. He might have been aborted, if abortion had been legal. John Cox is a successful business man who worked his way through college, earning a CPA and law degree. John and his wife have four daughters and are active members of Nativity Catholic Church.

Kevin Kiley currently serves in the California State Assembly, with a 100% Pro-Life voting record. Kevin graduated from Harvard, earned a law degree from Yale, and a master’s in secondary education from Loyola Marymount. He has served as an adjunct professor at McGeorge School of Law. Kevin Kiley began his career as a high school teacher in inner-city Los Angeles, where he chaired the English Department and led his students to significant academic gains. Kevin defended the U.S. Constitution in California courts, then became a prosecutor and Deputy Attorney General, representing the People of California in cases against violent felons. In 2020, Kevin won a legal case against Governor Newsom because Governor Newsom violated the separation of powers. Kevin continues to challenge Governor Newsom at every opportunity.


DO NOT VOTE FOR FAULCONER: He is PRO-ABORTION!

Doug Ose from Sacramento- has withdrawn from the race, is no longer a candidate for Governor due to recent health concerns, and has ENDORSED KEVIN KILEY!